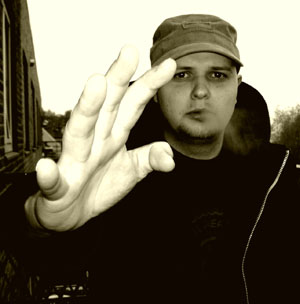 Howard Maple is Håvard Abusland from Evje og Hornnes on the west coast of Norway, also known as Norway’s answer to Twin Peaks. As young he was a gifted multi-instrumentalist, and he almost started studying classic guitar at the music academy in Kristiansand. But suddenly he got his hands on a Roland Juno 106 and a Korg Polysix, and his musical soul was forever sold to the world of electronics. MIDI and sampling took over for soar fingertips.

He moved to Oslo in 97, and continued his music production on his bedroom studio. His debut album "Inside" was released C+C Records in 2000, and got good reviews and a Norwegian Grammy nomination. Unfortunately, this album is only available in Norway. The last years, he has been busy doing music for multimedia and short-films.

Howard Maple in now a part of the Beatservice family, and this autumn, he is ready with his second album "Mapleism". The title is somewhat ironic, and the album is aiming to show the varied sides of Howard Maple. It goes from downbeat and dubby electronica to hip-hop, and even a little disco-track. He have collaborated with four different singers and rappers: Spanish and English rap from Salvador from Dark Side Of The Force, hardcore ragga from Steven Buckle aka MC Hexxagon, the smooth voice of Flunk singer Anja Vister, and the more rockier voice of Trond Kittelsen.